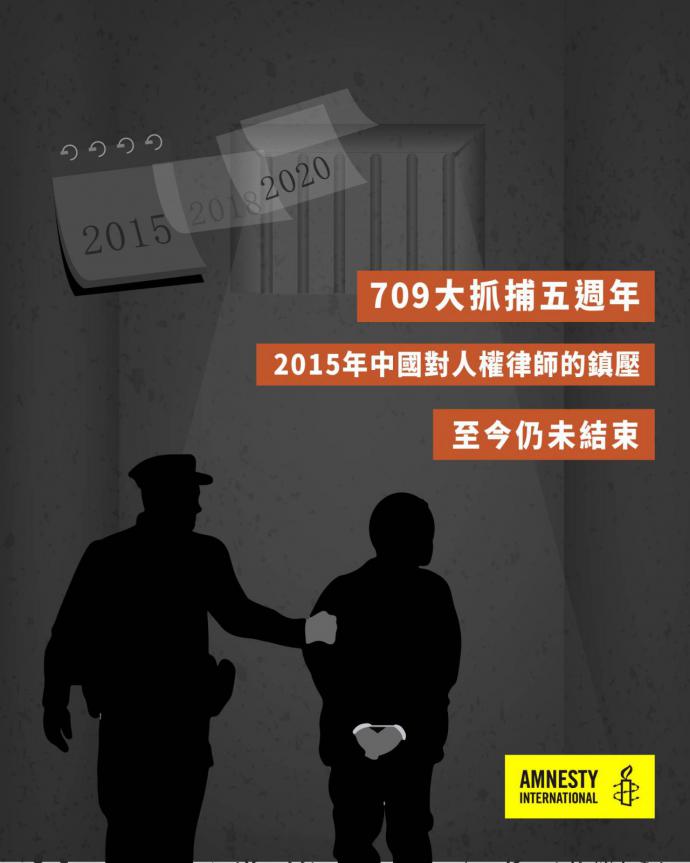 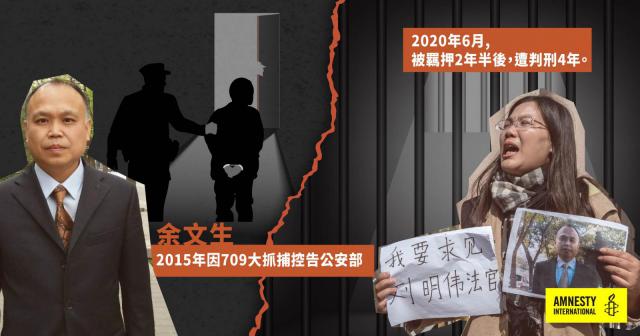 I am writing to express my concern about Chinese human rights lawyer, Yu Wensheng (余文生), who was sentenced to four years imprisonment and deprivation of political rights for three years on the charge of “Inciting subversion of state power” on 17 June 2020. It is worrying to learn that his family and the lawyer his family appointed were only informed about the sentencing through a phone call from the Xuzhou City Procuratorate more than a year after the secret trial was held.

Yu Wensheng was taken away in January 2018 and has been held incommunicado since then. His wife and lawyers have attempted to visit Yu at least 25 times, but no visit has ever been granted.

Yu Wensheng was secretly tried in May 2019 and his family-appointed lawyers have not received any information about the trial before the trial took place. Yu has maintained his innocence and intends to appeal against his conviction.

Yu is a prisoner of conscience, detained solely for peacefully exercising his human right to freedom of expression. Without access to lawyer of his choice and family, I fear that he is at grave risk of torture and other ill-treatment, especially as he was tortured during an earlier detention in 2014.

I therefore call you to:

●Release Yu Wensheng immediately and unconditionally, as he is imprisoned solely for peacefully exercising his human right to freedom of expression;

●Pending his release, ensure Yu Wensheng has regular, unrestricted access to a lawyer of his choice and his family and ensure that, while in detention, he is not subjected to torture or other ill-treatment.