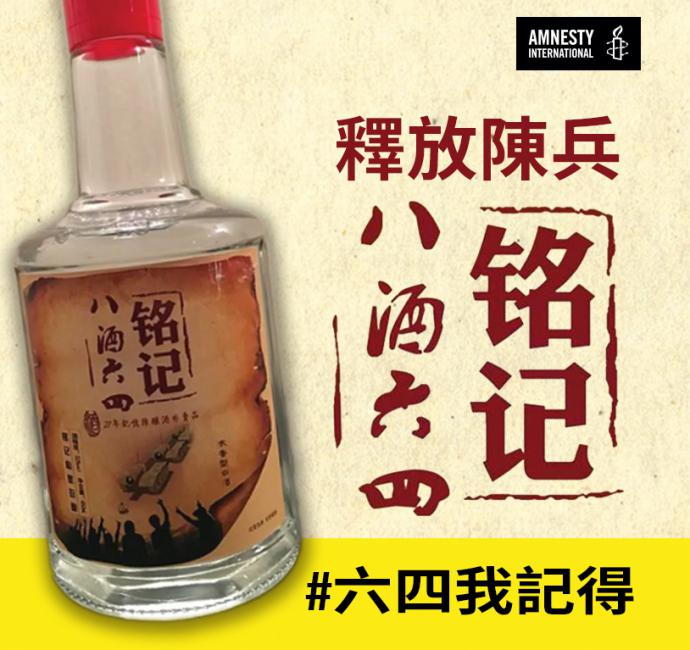 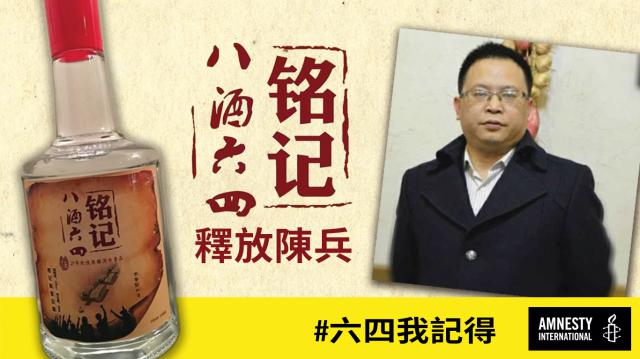 Dear President Xi,
Sichuan activist Chen Bing was sentenced to three and a half years on 4 April 2019 after he and three other activists – Fu Hailu, Zhang Junyong and Luo Fuyu – were convicted of “picking quarrels and provoking trouble” for producing and promoting their own baijiu (a popular Chinese liquor) that commemorated the 27th anniversary of the Tiananmen crackdown. Fu Hailu, Zhang Junyong and Luo Fuyu were each given suspended sentences on 1- 3 April. All of them have been detained for nearly three years. They were originally charged with “inciting subversion of state power”
According to the indictment, the activists used the labels and the “commemoration wine” (jinian-jiu) to “promote the June 4th incident on the internet”. Chen Bing, Zhang Junyong and Luo Fuyu spent 9000 yuan (US$1300) to buy the wine, bottles and bottle caps in a supermarket in Sichuan and used the labels which translate into “Remember, Eight Liquor June 4” (mingji bajiu liusi) echoing the date of 4 June 1989 and “27-year-old private reserve, not-for-sale”. Between 28 May and 21 June 2016, public security officers detained the four activists and found 900 sets of empty bottles and bottle caps.
Chen Bing’s friends believe that Chen Bing is the only one among the four activists who was not given a suspended sentence because he did not admit to the offence. However, although Fu Hailu, Zhang Junyong and Lu Fuyu were each sentenced to three years imprisonment, suspended for five years and four years respectively, they will be effectively silenced during the suspended sentence period, according to the previous experiences of detained activists.
Therefore, we call on you to:
Yours sincerely,