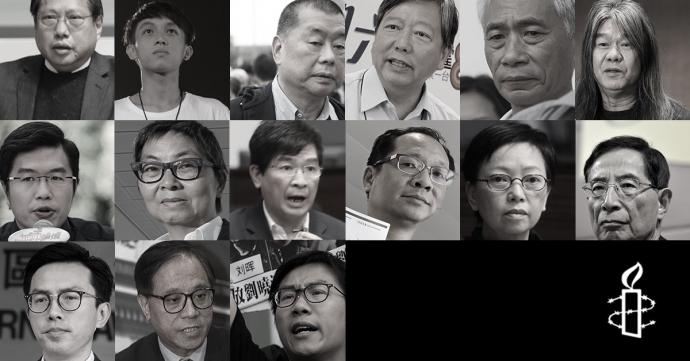 These 15 prominent pro-democracy leaders are being prosecuted for “organizing and taking part in unauthorized assemblies”. Five of them are also being prosecuted for “announcing unauthorized assemblies”. These charges are based on the Public Order Ordinance, the provisions and application of which fail to meet international human rights law and standards on the right to peaceful assembly. The United Nations Human Rights Committee has repeatedly expressed concern that the implementation of the Public Order Ordinance may facilitate excessive restrictions to the right to peaceful assembly and called for its review.

Under international human rights law and standards, participating in and organizing assemblies does not require prior permission by the state. Failure to notify the authorities of an assembly should not render participation in the assembly unlawful and should not in itself be used as a basis for either arresting the participants or organizers or imposing undue sanctions, such as charging them with criminal offences.

I find it alarming that, to date, the police have announced over 7,000 arrests in connection with the largely peaceful protests that have taken place since June 2019. This continued prosecution of protest organizers and participants is having a chilling effect on the freedoms of peaceful assembly and expression in Hong Kong.

I therefore urge you to: